Today, or should I say yesterday, I left Guam to travel to the U.S. mainland on business. Destination....the Land of Enchantment, New Mexico.
Left Guam on the Continental 6:30 am flight. The weather was off and on rain with patchy clouds. But the sun was playing hide and seek. Here are a few photos leaving Guam.... 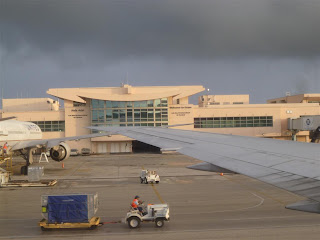 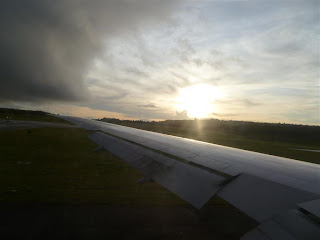 The sun peaking out over the runway. 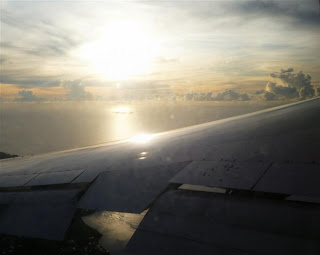 Gaining altitude over the ocean. 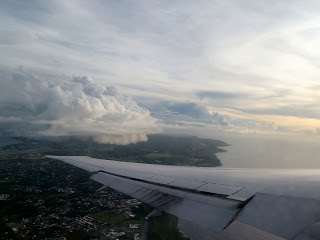 Swinging out over the east coast of Guam. 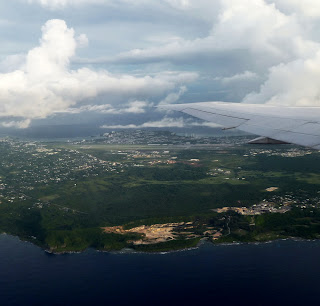 East coast of Guam looking back at the airport runway we just left. 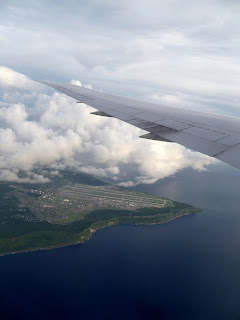 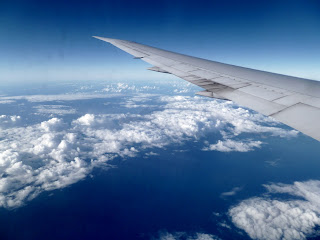 After crossing the International Date Line and 7 1/2 hours later we sight Oahu, Hawaii.... 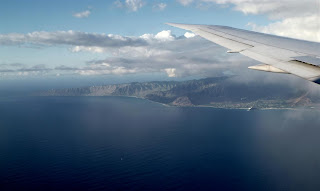 Aerial view of Kaena Point, leeward (west) or Waianae side of Oahu, Hawaii. 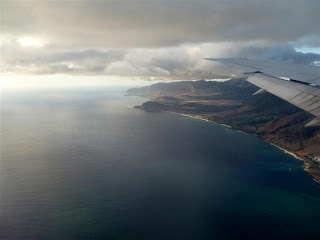 Another view of the leeward side showing Makaha/Waianae areas. 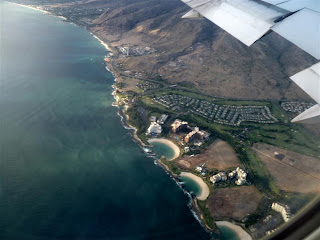 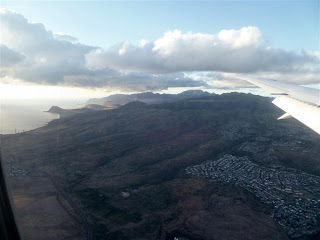 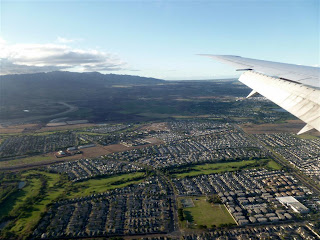 Central valley of Oahu looking from the south shore to the north shore. 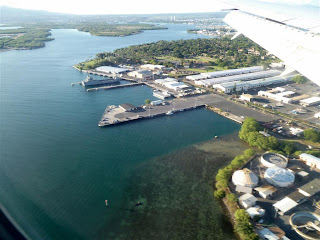 Entrance to Pearl Harbor (background). Wharf at Hickam AFB. Been fishing there before. 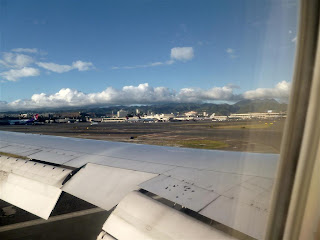 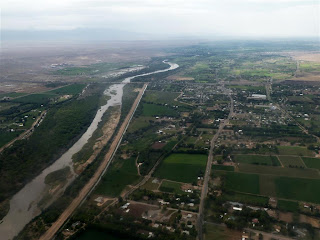 This is the approach. Albuquerque is located in a large valley. Very fertile on one side (west) and drys up going towards the mountains (east) from what I can see. 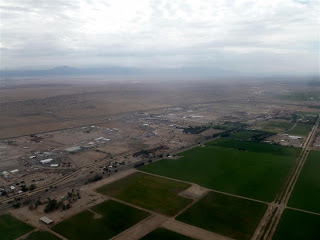 See what I mean. Beautiful area. 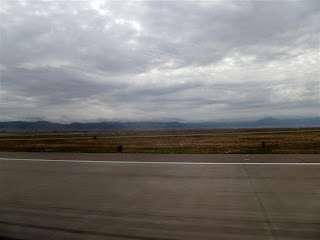 Touchdown!!!! Looking towards the east. A lot of room to grow. 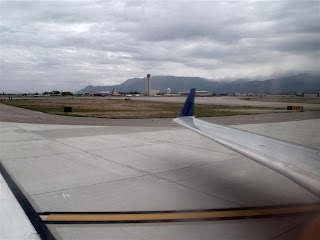 Taxiing towards Sunport terminal.
The terminal was beautiful with that Southwestern motif. I'll take some pics when I depart as I was in a hurry to get my luggage and rental car.
Everything went very quickly with my luggage and rental car. My bag made it and was one of the first ones on the carousel. They have buses that take you to the rental car location. The bus drivers load your luggage for you.
So I hopped into my rental car, had no problems getting on the freeway to Socorro, Hwy 25 and took off. Now I was a little intimidated with the speed limit of 75 mph. On Guam, the fastest speed limit is now 35 mph. It used to be 45 mph in some areas, but it was lowered due to too many traffic accidents. Anyway, it took me a while  to get used to the speed but I liked the fact that it only took me 1 hour to get to Socorro, which is about 75 miles south of Albuquerque. Here are a few photos of that short road trip.... 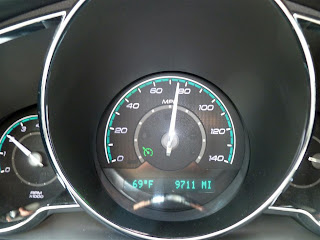 75 mph is definitely intimidating when you are used to 35 mph. Whewww!!!! 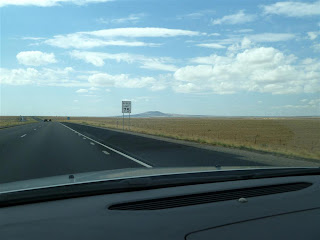 When I first saw the speed limit sign I was surprised to say the least. 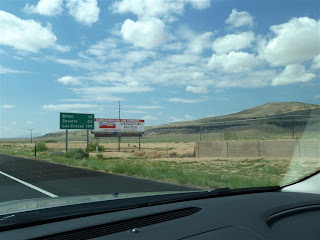 But after about 20 minutes I covered a lot of ground. 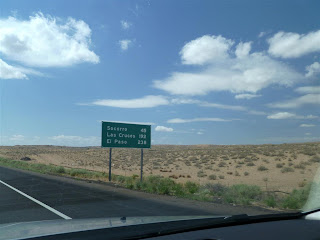 After a few more minutes the miles were flying by and the next thing I know I was in Socorro.
So after about 22 hours of traveling all I wanted to do was eat and rest which is what I did.
I'll be back with more tomorrow. I know I am going to eat good.
Until next time....
Posted by Rueben at 4:21 PM

Email ThisBlogThis!Share to TwitterShare to FacebookShare to Pinterest
Labels: Travel